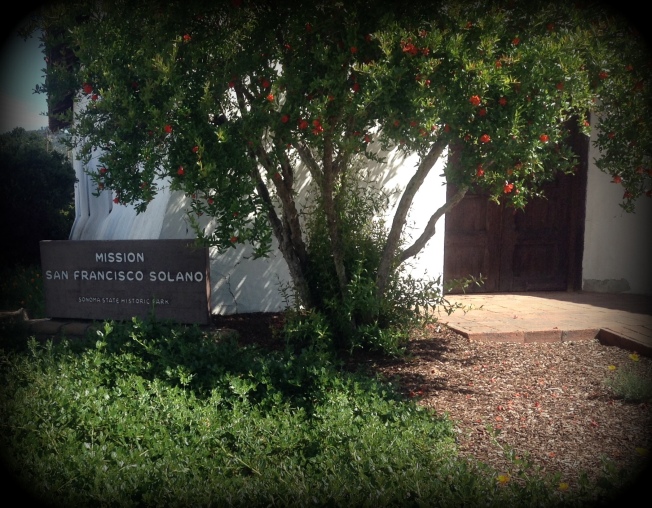 It was the only mission built in Alta California after Mexico gained independence from Spain. The difficulty of its beginning demonstrates the confusion resulting from that change in governance. 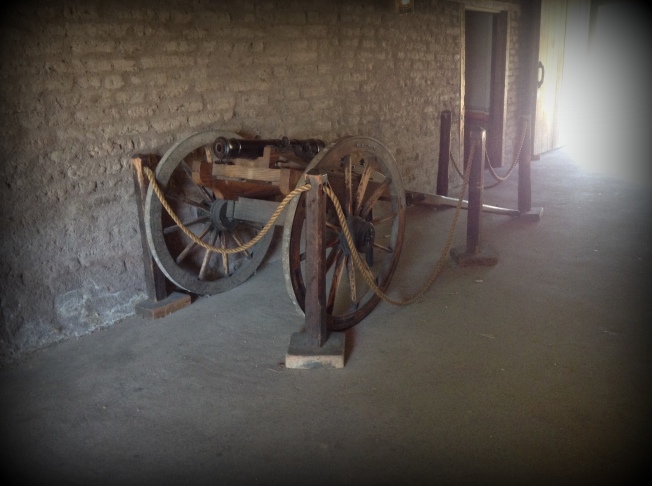 You see, the California Governor wanted a robust Mexican presence north of the San Francisco Bay to keep the Russians who had established Fort Ross on the Pacific coast from moving further inland. A young Franciscan friar from Mission San Francisco de Asis wanted to move to a location with a better climate and access to a larger number of potential converts. 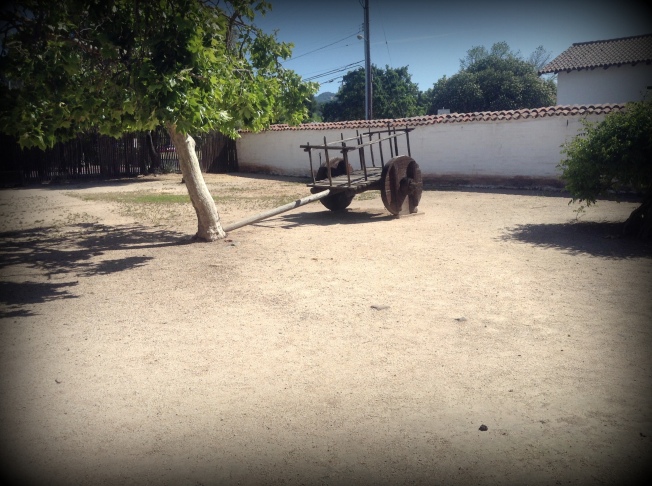 Here is a photograph of the Mission in 1910

and one taken by the Tin Man……….notice that the building is very much the same today and the original bell stands where it always has… 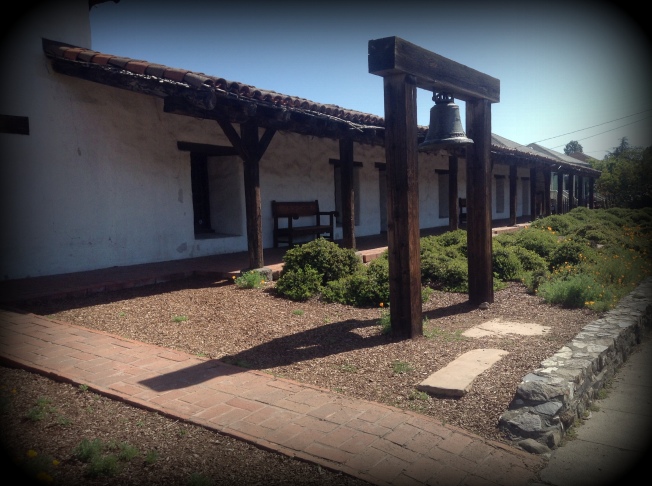 The Mission was successful given its short eleven year life but was smaller in number of converts and with lower productivity and diversity of industries than the older California missions. 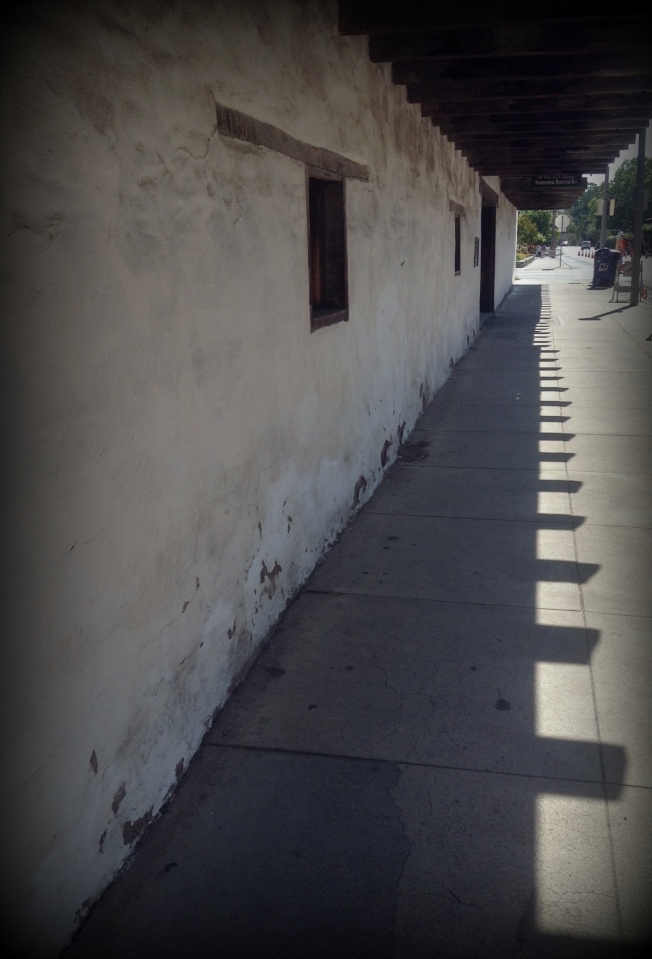 The mission building is now part of the Sonoma State Historic Park and is located in the city of Sonoma, California. 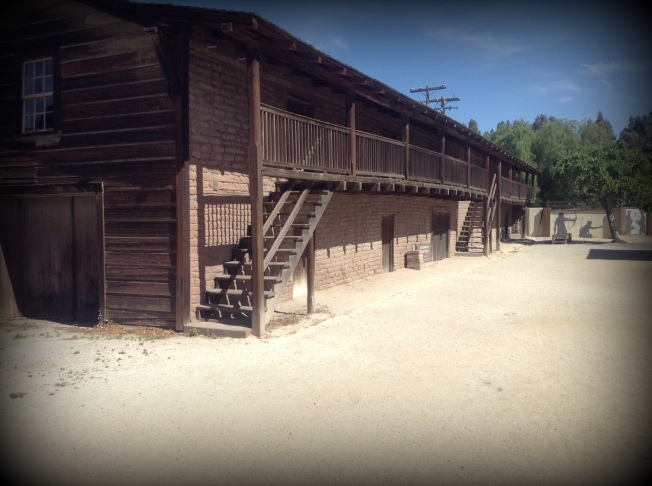 Sonoma is considered the birthplace of wine-making in California, dating back to the original vineyards of Mission San Francisco Solano, so Tin Man considers this a most important historic landmark!

We so enjoyed walking about and exploring the historic site…..alas we were the only ones inside, the trinket shops were packed but there seemed to be no interest in history today…… 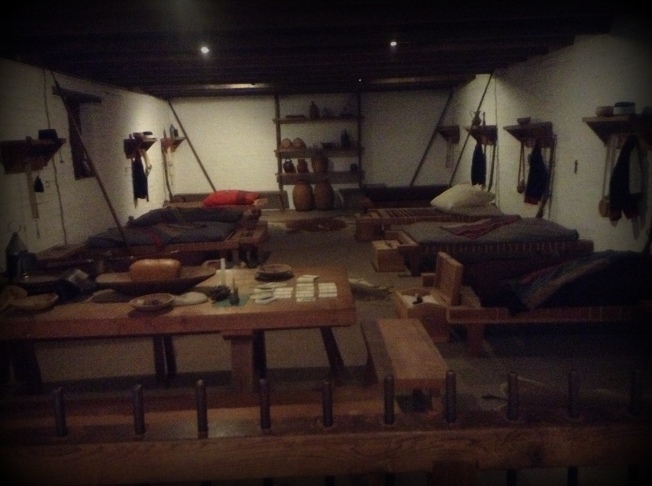 On July 4, 1823 the soldiers placed a large redwood cross on the place in the Sonoma Valley where they expected the ‘new’ Mission San Francisco de Asis to be established. Then they celebrated Mass to consecrate the location. They then returned south to begin gathering men and materials to begin construction.

Tin Man imagined marvelous breads baking in this oven all those years ago…. 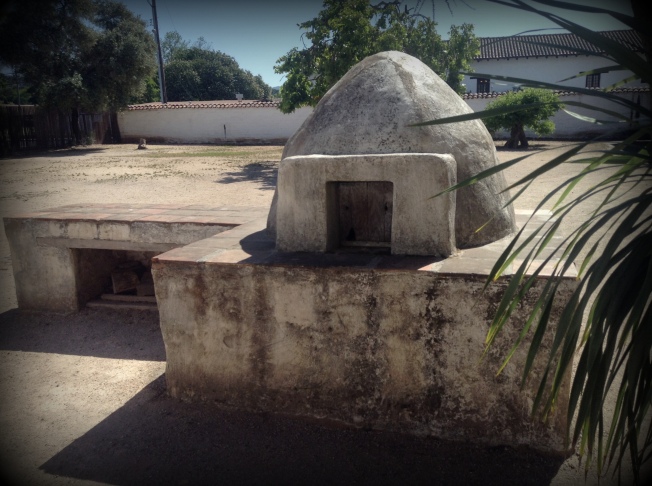 Beginning in October, 1823 Fr. Altimira had the opportunity to build his new mission at the location he chose but since Mission San Francisco de Asís would remain open this Mission needed a different patron saint. Altimira chose San Francisco Solano, a 17th-century Franciscan missionary to South America.    His company of soldiers and neophytes set about building all the facilities needed in a California mission. His annual report for 1823 listed no baptisms, one marriage, one funeral.

Father Altimira was admonished by investigating church officials for his over-use of flogging. Fearful of a native uprising, he left for San Rafael and then moved on to Mission Buenaventura in southern California. As a result of growing Mexican pride, there was considerable sentiment in favor of forcing out priests who were Spanish-born. In 1828, Father Altimira voluntarily returned to his native Spain.
His replacement was Father Buenaventura Fortini, an older priest, who was both a fine administrator and a kindly man of the cloth, who gained the respect and trust of the Indian population.