Our final stop in this beautiful country will be Geneva ………

Geneva was a border town, fortified against the Celtic tribe Helvetii, when the Romans took it in 121 BC. It became Christian under the Late Roman Empire, and acquired its first bishop in the 5th century, having been connected to the bishopric of Vienne in the 4th.

In the Middle Ages, Geneva was ruled by a count under the Holy Roman Empire until the late 14th century, when it was granted a charter giving it a high degree of self-governance. Around this time the House of Savoy came to dominate the city. In the 15th century, an oligarchic republican government emerged with the creation of the Grand Council.  In the first half of the 16th century, the Protestant Reformation reached the city, causing religious strife during which Savoy rule was thrown off and Geneva allied itself with the Swiss Confederacy.

In 1541, with Protestantism in the ascendancy, John Calvin, the founder of Calvinism, became the spiritual leader of the city. By the 18th century, however, Geneva had come under the influence of Catholic France, which cultivated the city as its own, who tended to be at odds with the ordinary townsfolk – to the point that an abortive revolution took place in 1782.

In 1798, revolutionary France under the Directory annexed Geneva. At the end of the Napoleonic Wars, in 1815, Geneva was admitted to the Swiss Confederation.

In 1907, the separation of Church and State was adopted. Geneva flourished in the 19th and 20th centuries, becoming the seat of many international organizations.

Situated where the Rhône exits Lake Geneva, it is the capital of the Republic and Canton of Geneva.

Geneva is a global city, a financial center, and worldwide center for diplomacy due to the presence of numerous international organizations, including the headquarters of many of the agencies of the United Nations and the Red Cross.   Geneva is the city that hosts the highest number of international organisations in the world.    It is also the place where the Geneva Conventions were signed, which chiefly concern the treatment of wartime non-combatants and prisoners of war.  As such,  one immediately misses the charm and quaintness of the beautiful city of Berne. 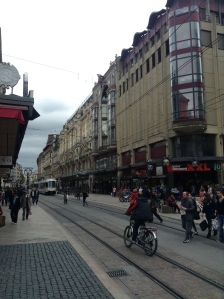 The is beautiful art throughout the city……..

The markets are bursting forth with marvelous goodies…. 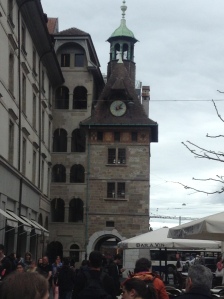 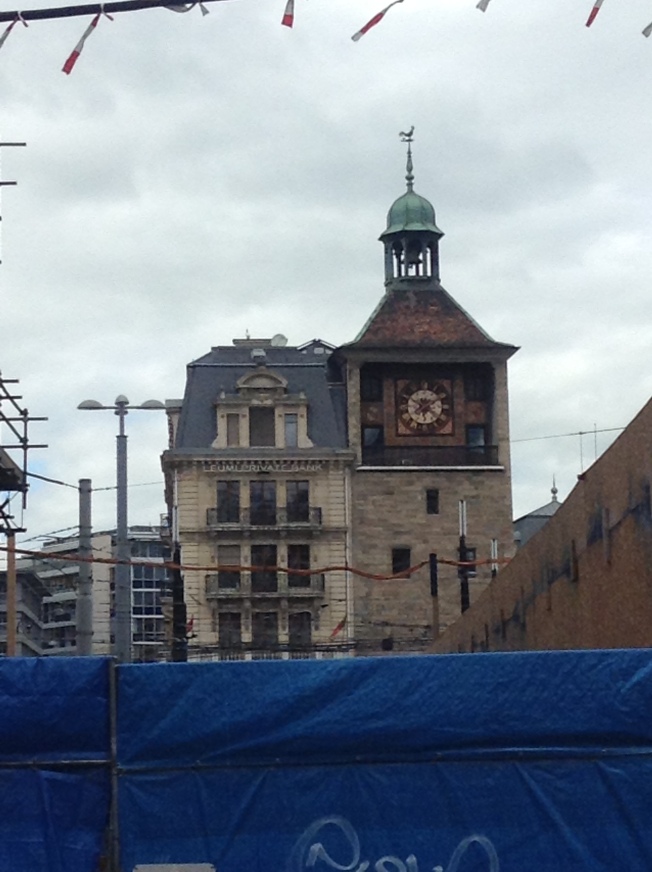 As we leave the downtown area………a charming tune catches our attention…….

….just when we thought all was lost…..

We enjoy our final days in this beautiful country……a nice Swiss Breakfast…. 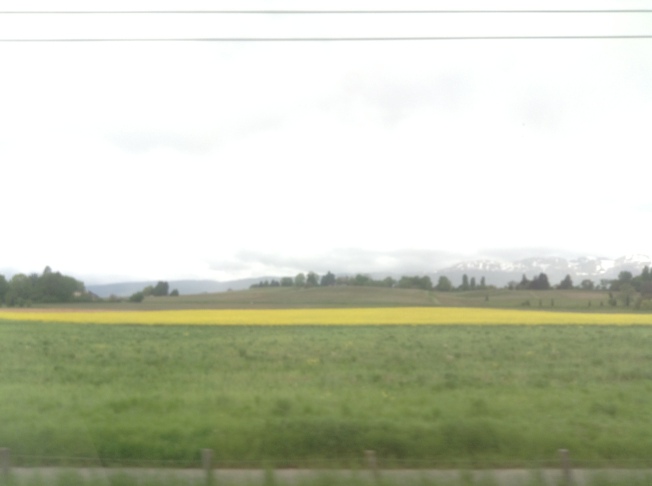 I hope you have enjoyed our journey ……….