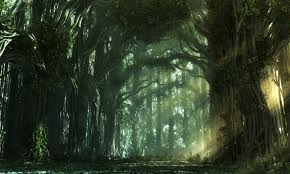 Lost in the forest, I broke off a dark twig

and lifted its whisper to my thirsty lips:

maybe it was the voice of the rain crying,

a cracked bell, or a torn heart.

Something from far off it seemed

deep and secret to me, hidden by the earth,

a shout muffled by huge autumns,

by the moist half-open darkness of the leaves.

Wakening from the dreaming forest there, the hazel-sprig

sang under my tongue, its drifting fragrance

climbed up through my conscious mind

as if suddenly the roots I had left behind

cried out to me, the land I had lost with my childhood —

and I stopped, wounded by the wandering scent.

Forests cover approximately 9.4% of the Earth’s surface.  However, they once covered over 50%.

Over 80% of Europe’s forests are owned by Russia.

In the forest you never know what is waiting around the corner.

I remember once when I was on a trip with some  friends and we found this really creepy forest…..

…………but enough of that…….here are some of the most unusual forests on our planet……..

Located in the Bay of Bengal, it lies to the west of the southern part of South Adaman Island.  It is unique because it is surrounded by coral reefs and lacks natural harbors; therefore, it was never settled by Europeans and deforested.  The island is almost completely covered in old growth trees and is home to the last pre-Neolithic tribe known as the Sentinelese.

The Sentinelese maintain a hunter-gatherer society, obtaining their subsistence from the forest through hunting, fishing and collecting wild plants.

The Crooked Forest is a grove of oddly shaped pine trees outside the village of Nowe Czarnowo, in western Poland.

All the trees are bent northward and are surrounded by a larger forest of straight growing trees.

The trees were planted around 1930 when the area was inside the German province of Pomerania.

It appears the trees were formed with a human tool and allowed to grow 7 to 10 years before being held down and warped by a device.

The exact reason why the Germans wanted to make crooked trees is still unknown.

The Red Forest or the Worm Wood Forest is located within the 10 kilometer (6.2 mile) area surrounding the Chernobyl Nuclear Power Plant, near the city of Pripyat, Ukraine.

After the Chernobyl nuclear accident on April 26, 1986, the forest turned a ginger-brown color and died.

The trees were bulldozed and buried, covered with sand and planted over with new pine saplings.

Today the Red Forest remains one of the most contaminated areas in the world.

More than 90% of the radioactivity is concentrated in the soil.

Since 1986, the population of wild boar in the Red Forest has exploded.

The area has become home to a large collection of wild species, including storks, wolves, beavers, lynx, elk and eagles.

Birds have been observed nesting in the old nuclear reactors and many endangered species have been spotted.

The largest remaining forest of American Chestnut trees is named Chestnut Hills and is near West Salem, Wisconsin.

The chestnut blight struck the American chestnut tree and caused mass extinction between 1900 and 1940.

These marvelous trees once grew as tall as 200 feet and had a trunk diameter of 14 feet.

About 4 billion American chestnut trees were lost in the blight.

Today there are approximately 2,500 chestnut trees on 60 acres of land.

The chestnuts are the descendants from only a dozen trees planted by Martin Hicks in the late 1800s.

In 1987, scientists discovered C. parasitica in the trees and the blight has been slowly killing the forest. 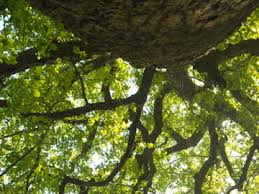 The Sea of Trees or Aokigahara is a forest located at the northwest base of Mount Fuji in Japan.

The forest contains many hidden caverns and giant trees.  It is very dark and has thick growth.

Aokigahara has an absence of wildlife and is known for being an eerily quiet place.

The forest is known for being the place for suicide.

It is reported that in 2010, 247 people attempted suicide in the forest.

The Sea of Trees is the world’s second most popular suicide location after San Francisco’s Golden Gate Bridge. 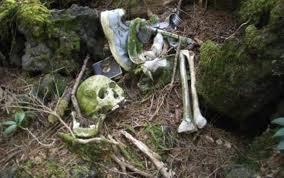 It was created on December 13, 2002, and is located in the mountain areas between Nore in Numedal and Solevann in Sigdal.

The forest is the last ancient wilderness forests of Norway.  The land has all the qualities of the original Norwegian forests, including untouched valleys, rivers, lakes and very old trees.

Trillemarka – Rollagsfjell is home to 93 red listed and endangered species.

Dark Entry Forest s located in a Connecticut State Forest, but sits on private land near the Mohawk State Forest and Mohawk Trail.

Dudley Town is a ghost town in Cornwall, Connecticut; it was founded in the mid-1740s and was a thriving community at one time.

The the strange sightings, unexplained murders and mass suicides started.

By the middle of the 20th century everyone in the town had either died or moved away.

It sits in the shadow of three separate mountains:  Bald Mountain, Woodbury Mountain and the Coltsfoot Triplets.

The area is also know for a large collection of orbs, unexplained lights and bizarre sounds. 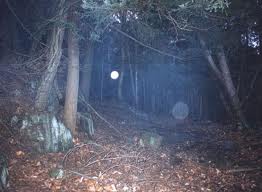 The Ardennes is a region of extensive forests, rolling hills and ridges in Belgium, Luxembourg and France.

The Ardennes holds a strategic position in Europe, for this reason a large number of famous battles have been fought on the land.

Today the Ardennes is popular for hunting, cycling, walking, canoeing and its historic landmarks. 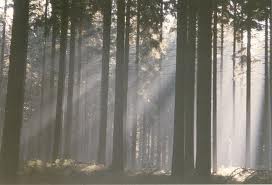 The Hoia-Baciu Forest is located near Cluj-Napoca, Romania and is referred to as the Bermuda Triangle of Romania.

The forest is named after a shepherd that disappeared in the area with two hundred sheep.

Many of the locals who have gone into the forest complain of physical harm:  rashes, nausea, vomiting, migraines, burns, scratches, anxiety and other unusual bodily sensations.

The Hoia-Baciu has a reputation for paranormal activity, including: orb-like lights, female voices, giggling, apparitions and cases of people being scratched.

Some people who enter the forest suddenly remember all of their past experiences in the trees, but then forget the memories after leaving the forest.

Scientists from Germany, France, Hungary and The United States have managed to capture bizarre material structures on film, including faces and apparitions. 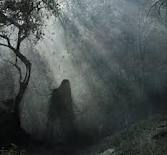 In February, 2012, scientists in northern China announced that they had finished reconstructing an ancient forest that was found buried under a thick layer of volcanic ash near the Mongolian district of Wuda.

The 20 square kilometer forest was completely preserved after a large volcano erupted 298 million years ago.

Scientists from the University of Pennsylvania, Shenyang Normal University and Yunnan University have been able to reconstruct 10,000 square feet of the subtropical forest.

In all, six different species of trees have been identified in the preserved forest, including the tall Sigillaria, Cordaites, and smaller spore-bearing Noeggerathiales,which is believed to be related to the Fern Family. 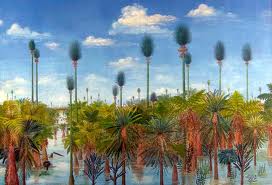 The Yellowwood State Forest is located in Brown County, Indiana.

The name is derived from the yellowwood, a tree seldom found this far north in the United States.

The Yellowwood State Forest was established in the 1930s.

A major mystery surrounds the forest.

A collection of large sandstone boulders, estimated to weigh about 400 pounds have been found in the tops of three trees.

The mystery began in the 1990s, when a turkey hunter discovered a large boulder in a chestnut oak tree.

The boulder was dubbed Gobbler’s Rock.

The sweet scent of nature overshadows

the rough bark and smooth leaves of the trees,

the wind dancing with them as they glide gracefully among the dirt,

whispering lost stories to each other that were passed on to them from the great ancient one.

The trees, some tall some little, all gathering together as one family

and providing homes and protecting the many animals living in them.

The trees give us all something — a box, a chair, even a house

but never ask anything back