Chapultepec Castle located in the middle of Chapultepec Park in Mexico City. Chapultepec comes from the Nahuatl word Chapultepec which means at the grasshopper’s hill. Chapultepec Castle is the only royal castle on the American continent. During the second Mexican Empire it was used to house the Mexican Emperor Maximilian I, who was the cousin of King Ludwig II builder of Neuschwanstein Castle (see post :Schloss Neuschwanstein – Castle)  and his consort Empress Carlota. The castle finds itself infused into the United Stated Marie Corps “Marines’ Hymn” “From the Halls of Montezuma” refers to the The Battle of Chapultepec in 1847, during the Mexican-American War. There is even a legend that the red stripe worn on the trousers of officers and noncommissioned offices of the Marine Corps, known as the blood stripe commemorates the high number of Marine NCOs and offices killed storming the castle of Chapultepec during that war. 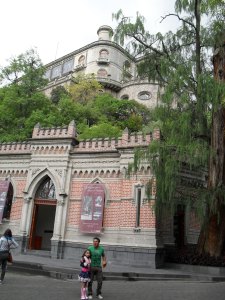 In 1864 Emperor Maximilian I of Mexico chose the castle as his residence and also ordered the construction of a straight boulevard, modeled after the Champs-Elysees in Paris, to connect the castle with the city center and named it Paseo de la Emperatriz (Promenade of the Empress), in 1867, President Benito Juarez renamed it the Paseo de la Reforma.

The rooftop boasts beautiful gardens and views of the city.

Throughout the Castle are some of the most amazing displays of stained glass windows, with entire hallways framed in these beautiful works of art. 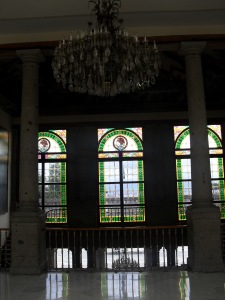 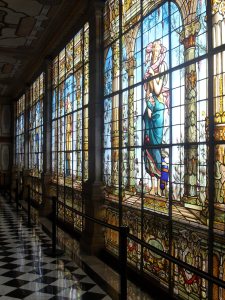 The treasures contained within the Castle boggle the mind in their sheer quantity, artistry and elegance. The furnishings and even the royal bath are works of art. 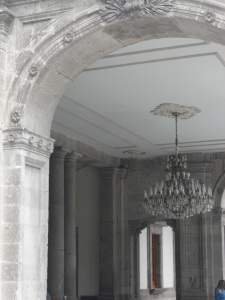 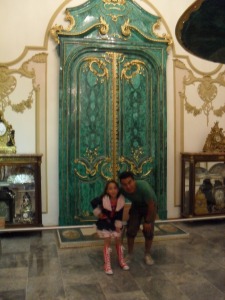 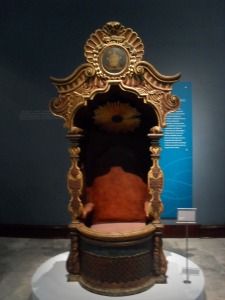