Chichen Itza is one of the seven wonders of the world and it truly is such a wonderful and mystical place.

We visit Chichen over and over and over, never ceasing to marvel in the beauty and special qualities of this very sacred place. We have had the opportunity to observe the Spring Equinox at Chichen and felt as if the very fabric of reality was disentergrating and we were peeking into another dimension. You MUST click on “Spring Equinox at Chichen” to watch the amazing video! To watch the feathered serpent descent the pyramid is a most incredible experience.

We climbed the original pyramid inside the one you see……up the steep staircase in a tunnel that was only large enough for you to crawl and so very hot, dank and lacking of oxygen………no ventitation! Once we arrived at the top a large woman decided to pass out….what to do! She revived and scurried for the staircase to go back down…..I pity those coming up….talk about no room at the inn!!!! Once you arrive at the top of the original pyramid you find the chamber containing good ole Chac Mool…..the guy who loves to have people lie down over him and get their hearts cut out and a jaguar bench for the king to sit upon. I must say it was an incredible experience………one of those “I did it once” kind of things.

The pyramid of Kukulkan is thought to relate to the Mayan Calendar. Each of the four faces incorporates a broad, steep staircase consisting of 91 steps that ascent to the top platform. Counting the top platform as an additional step give a total of 365 steps: one step for each day of the year.

The observatory or Caracol (snail in Spanish) has an interior staircase the spirals upward like a snail’s shell. The round, concentrically-vaulted Caracol was built and re-built several times. The windows in the Caracol point in the cardinal and subcardinal directions enable the tracking of the movement of Venus, the Pleides, the sun and the moon, as well as other celestial events.

We can’t wait to go back!

Cenote, perfect for drinking water and thowing in a few people as sacrifices once in a while……..well how nice.

Standing at the edge of the Cenote

Looks like the Witch got hold of this Munchkin! 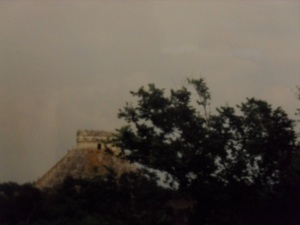 Pyramid of Kukulkan in a distance

Glenda ALWAYS has to make “an entrance” 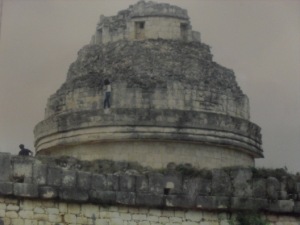 Dome of the Observatory

Hurrying down the stairs of the Temple of the Warrior…..I am sure I saw Chac Mool wink at me…..gotta get out of here!

Chac Mool – Used for Sacrifices at the Temple of the Warrior 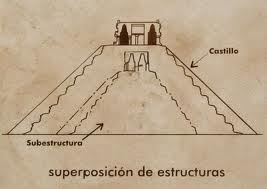 How one pyramid was built on top of the other

The tunnel inside the pyramid! Small and Scary!!! 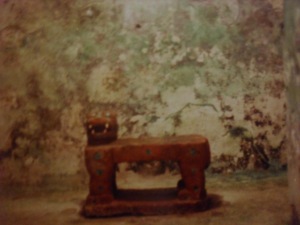 Inside the Pyramid inside the orginal Temple

Loosing my head for this place! 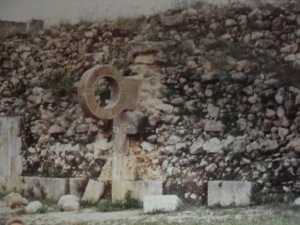 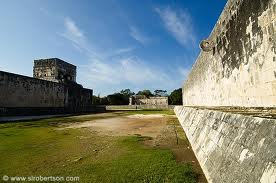 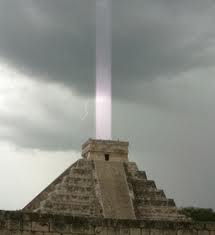 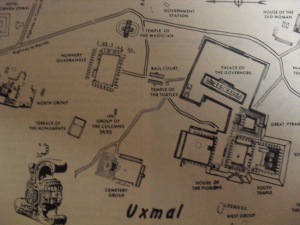 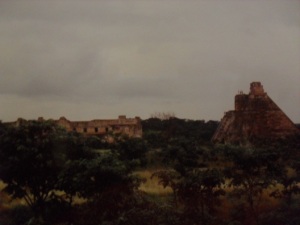 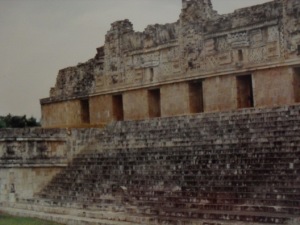 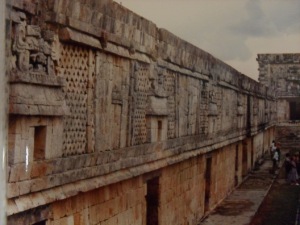 We are groupies when it comes to the Mayan Ruins.  We visit them over and over and go to as many sites as we can.  When we visit Uxmal and Chichen we stay in Merida and so enjoy that beautiful colonial city.  The French influence is still very strong and you can find the most wonderful French restaurants tucked away.

The area around Uxmal was occupied as early as 800 BC, but the major building period took place when it was the capital of a Late Classic Mayan state around 850-925 AD.

After about 1000, when Toltec invaders took over the Yucatán peninsula (establishing their capital at Chichén Itza), all major construction ceased at Uxmal. But it continued to be occupied and participated in the political League of Mayapán.

Uxmal later came under the control of the Xiú princes. The site was abandoned around 1450, shortly before the arrival of the Spanish conquistadors and was spared their gift of smallpox.

The main ruins of Uxmal cover about 150 acres, with residential districts spreading further beyond that. Uxmal occupies a grassy savannah surrounded by forest and its buildings were adapted to the varied elevations of the hilly landscape.

Unlike most Yucatan sites, Uxmal derived its not as much from cenotes (natural wells) as from man-made cisterns that collected rain water, one of which can be seen near the entrance. The constant concern with the supply of water probably explains the special popularity of the rain god Chac at Puuc sites.

The real function of many of the structures remains uncertain, and they retain the fanciful names given them by the Spanish.  The most magnificant and largest is the great pyrimad, the Advino.  Also know as the Pyramid of the Magician or the Pyramid of the Dwarf – me thinks that the dwarf was actually one of the Munchkins!  Yucatec Maya folklore have embedded in their history “el anano del Uxmal” the dward of Uxmal.  He evidently hatched from an egg and emerged fully grown and built the pyramid overnight………something a Munchkin would do. 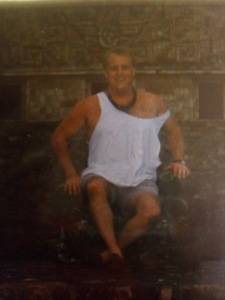 This post is dedicated to the memory of my Mother : Annie Pauline Traugott Friesenhahn, who loved to explore the Mayan ruins and visit with the contemporary Mayan people…. probably because they are short like she was! 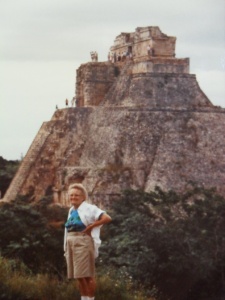 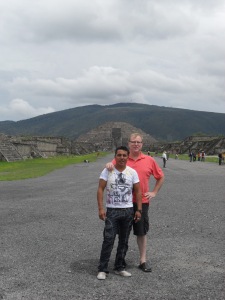